An Expert in his Field

Rad’s guidance through one of the most difficult times in my life was priceless and irreplaceable. As uncertain as my case was, I always knew Rad was the best person for the job. One of the biggest hurdles in my case was custody of my daughter. I told Rad at the beginning that I would never settle for less that 50% and that’s what he built the case around, and that’s what we walked away with in the end. Rad was always real, straight forward, and unfiltered with me and precisely articulated in the court room. He knows what he’s doing and is very good at what he does.

Less than a year later in a follow up case, Rad saved me tens of thousands of dollars in an alimony settlement after my ex re-married.

I have no doubts of Rad’s expertise and experience in family and business law. If you’re in need of an attorney that will hold your hand and tell you what you want to hear so you feel warm and fuzzy inside, look somewhere else. If you don’t have resources to waste and the results of your case matter, trust no one but Rad.

Very Helpful with my Mom’s Estate

Radford has been helping me with my Mom’s estate for the last 5 months. I’ve always felt like his responses were fast and he’s helped me through the probate process. I contacted a couple of attorneys before him and I’m glad I chose to go with him. He’s now helping me with my Grandmother’s estate to get it finished up. After seeing my Mom deal with my Grandmother’s estate (while both are very different estates), I can see how fast and carefully Radford has handled my Mom’s estate. He’s guided me to make sure I make correct choices and so that I don’t get myself or her estate into any mess since I have no idea what I’m doing! And he’s not ignored me or let anything drag on. I will definitely be recommending my friends/family if they need his services and while I hope I don’t need his services for probate for a long while, I know that if it happens I have someone I can trust get through the maze of it all.

I wish I had hired Radford as my first attorney. He picked up the mess my previous attorney had made, and fought for me and my sister. His communication was excellent; he kept me informed along every step of the process. He never failed to return my call or email. He has an excellent knowledge of the law, and informed me any possible risks in my case. If I need another attorney, Radford will be the first attorney I contact.

So thankful that I hired him!!Rad stuck by me and is definitely a great attorney!! He helped win my case when my x husband felt he didn’t want too pay child support. Definately a good attorney!!

He is the Greatest!

I hired Radford for a family law case. He was extremely knowledgeable in every aspect of the process. He was always very upfront and honest about my options and any obstacles. He was great at communicating, always easy to get in touch with, and spoke to me like a friend, not just a client. He listened to my story, studied my evidence, learned my case, and took advantage of every law and process in my favor to get me a win. You will not regret hiring Mr. Dimmick.

Wish I had gone to him sooner

He took care of something in 2 months that my previous attorney took 10 months to screw up! Rad is a good guy and doesn’t try to make you feel bad for your mistakes. He tells it like it is.

I have worked with Radford on a few cases and I have had to face him as opposing counsel on a few as well. He is very professional, very knowledgeable, and will put all he has and more into representing his clients. If I have a question, he is my first call. I highly recommend Rad and can say you will not be disappointed in his representation.

I have known Rad for over 15 years and have sought his advice often on legal issues ranging from probate to family law and everything in between. He is a highly qualified attorney who works tirelessly for his clients and I recommend him without reservation.

I have known Mr. Dimmick for many years. I once practiced in an office down the hall, and had the privilege of being able to walk in and “pick his brain” almost anytime I needed. When I personally needed a Will I went to Rad. (… and I know you would think a lawyer would be able to draft his own Will. But I needed experience.) Rad was my first choice. When my grandfather passed and I needed probate help… same thing. I have always been able to depend on Rad for a answer to my legal question about Wills and Estate Planning… and then some. I am happy to endorse my friend Radford Dimmick as a “go to” lawyer on Wills, Probate & Estate Planning.

Radford is a highly skilled attorney that is well respected in the legal community.

Radford is a knowledgeable, hard-working attorney who uses his substantial experience to provide his clients with excellent legal advice. He’s a great choice for anyone seeking representation in family law matters.

I have had the pleasure of hiring Mr. Dimmick not only for family matters, but for a business dispute as well. He is very knowledgable and forthright, as well as sensitive and responsive. In one case, I was suing my business partner for a reasonable settlement when my partner was being unreasonable. Mr. Dimmick fairly and equitably negotiated and settled the matter without us needing to go to trial, AND I received the settlement I was looking for.

More recently, I was seeking an increase in child support. My ex’s salary had more than doubled since the initial amount was set. My ex is known for his bullying tactics and irrational negotiating. Mr. Dimmick most definitely has quite the backbone and not only didn’t accept my ex’s lame excuses, he refuted them by quoting the laws that were being broken. I had several items to negotiate if we were unable to reach an agreement. Through Mr. Dimmick’s superlative skills and knowledge as well as his ability to effectively communicate, I was awarded everything I asked for. This far exceeded all expectations.

I highly recommend this attorney. He possesses all the qualities you would never expect to find in a lawyer: trustworthy; honest; forthright; knowledgable and fair.

He helped me a lot

My business partners tried to take our company away from me. I was scared and they took advantage of me being scared. Radford was patient with me and explained all my choices to me without making me feel stupid. He got my equity out of the company for me and held my partners accountable. He did a great job!

He saved my life

When I first met Rad, he came to visit me in jail because my soon to be ex-wife made up a story that I was selling drugs out of our house with our baby girl present. I was about to lose my freedom, my little girl, my house, my job, my everything. (I was glad to get rid of the wife!) Bit by bit, brick by brick, Rad chipped away at what my wife had made everyone believe and proved it false. I was exonerated by the District Attorney of all criminal charges, kept my house, got joint custody of my baby, and kept my job. It took a long time to do it, but Rad did me right. I paid my bill, but I’m always gonna be in his debt for what he did for me.

No other lawyer is needed

I say that because Rad will find an attorney for you if he can not help you. I have hired him 5-6 times since he opened his practice and he always either takes care of my cases or gets me to someone who has helped me. He takes your problems, makes them his own, and will go to the mat for you! I have used Rad for two divorces and two probates and would never want any other attorney. He can be blunt at times, but I’d rather hear the cold hearted truth than a salesman. Good fella!

Mr. Radford saved me and my kids from getting out put in the street when my ex went crazy on me. I thought about giving up my kids but Mr. Radford fought for us. He is more than a lawyer He is family.

The Guy You Want On Your Side

It was refreshing to use the services of an attorney who did not try to tell me how perfect everything was in my case and just bluntly tell me what my options were and how likely they would be for success or failure. I hired Rad for my divorce and a will contest and was completely satisfied with my representation. He is a great advocate and a realistic counselor for his clients. Not all attorneys are worth the money they charge, but Rad was worth every penny. 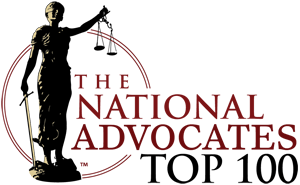